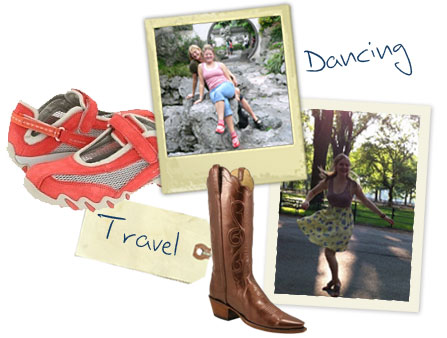 In New York, and whenever I come home to Atlanta, I love to put on my Nayas and go Salsa dancing at local clubs or swing and 2-steppin’ in Atlanta with my parents in my Snipes and Lucchese boots. My friends and I love a good challenge so we always try to spot the most skilled dancers in the room- it’s the best way to learn! No matter which city I’m living in, I make it a point to seek out the best dance spots in town.
I love collaborating with people (probably why New York and I mesh so nicely) and look forward to the future when I can join the amazing worlds of happy feet making physically healthier people and the emotional health that the arts bring to us all.
Cheers!
Abba